Renault has been producing cars since 1899.  The Renault ZOE is an electric Renault, and it is a Renault.  Before you think that you are sitting in an electrifying futuristic car, you instantly recognise the long Renault history in the ZOE.  I have also tested the Renault Fluence Z.E., the Renault Kangoo Z.E. and the Renault Twizy; all have the distinctive Renault character.  That is what driving electric is all about:  tradition. 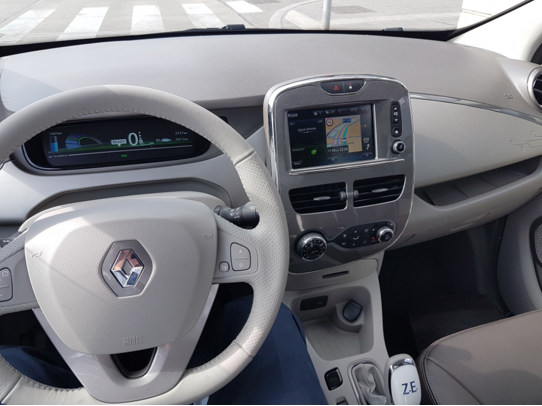 As seen in the picture above, there are only very few buttons and switches, screens and pockets.  The driving experience is soon directed towards looking out of the windows, but feeling the exciting design of the interior at the same time.  You sense the mobility and lifestyle, relaxing and satisfying.  Gas pedal, brake pedal, steering, indicators and joy.

Z.E. stands for zero emission.  Hi, my name is #HydroChan.  I test vehicles with alternative propulsion.  I normally cover long distances but also like to reach cultural destinations emission-free, I sit in clean and green buses and see how futuristic cars perform in the Winter.  From the Renault company in Vienna, I was granted to borrow and test the Renault ZOE for a couple of days.

Previously, I had taken other Renault Z.E. models for short rounds at promotions, exhibitions and fairs.  Also, on a longer trip, in this case riding the Renault ZOE, the charging with the electric cable and the different type of sockets and plugs was a challenge for me to learn and find out more about the future of mobility. 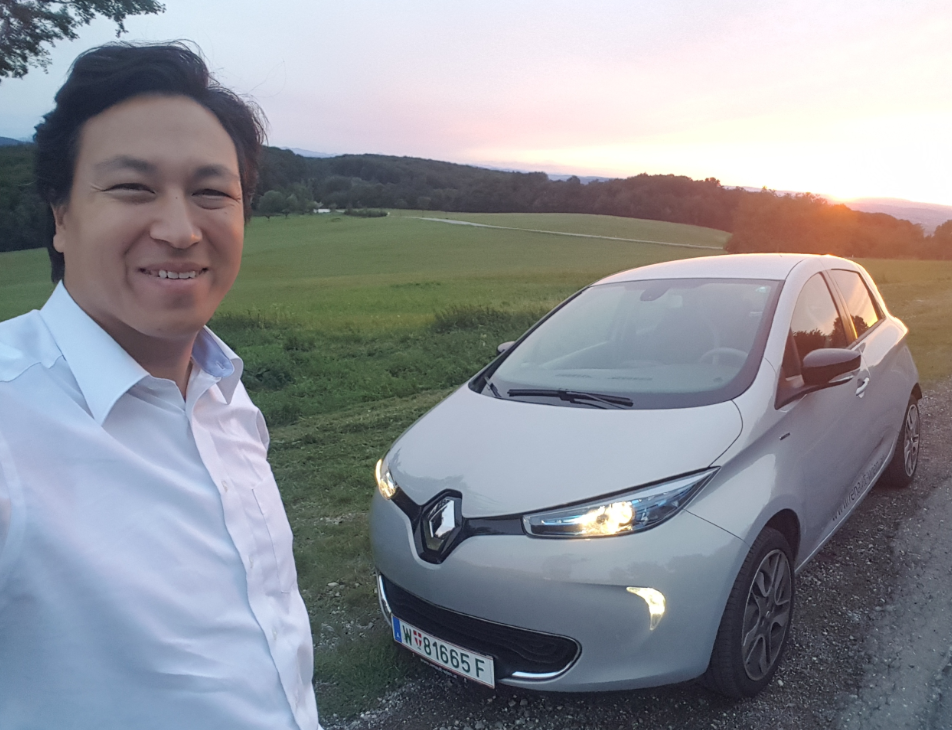 In the picture above, I went with the Renault ZOE from Vienna in the North-West direction to Tulbinger Kogel in Lower Austria.  On the country roads, I could increase the speed to 70 kilometres per hour (43 miles per hour) and a bit more.  Of course, the consumption was of interest at first.  The power charge in the battery had decreased more rapidly than if I were driving from one traffic light to the next in the city.  Interestingly, combustion engine cars would consume more petrol during the short distances between traffic lights, so it became the reverse thinking.  But soon, the real pleasure kicked in.  Driving a Renault, driving electric.  It feels as if one is gliding across the landscape, and taking the foot off the gas pedal helps to recuperate the energy not used, and which is directly stored in the battery again.

Then, I enjoyed the interior of the Renault ZOE.  As seen below, fine finishing on the inside of the doors, incredible loudspeakers and functional buttons.

On the right-hand side , the glove compartment and additional pockets.  Subtle design, smart door handles and a few lines portraying a type of electric circuit, reminding you that you are sitting in a relic of the future.  Everything is ergonomically shaped and comfortably shapes around the passengers.  So, I turn on the radio and have some musical accompaniment and hear the traffic report.  But, my eyes are always still on the road. 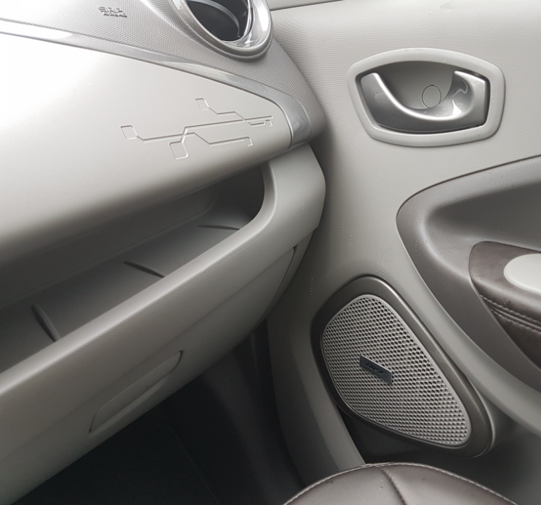 At Tulbinger Kogel, I had met some old friends and some dogs to have dinner together at the hotel.  I was granted free electric charging with the meal, and, as seen below, mastered adjusting the plug correctly.  The dashboard indicated the level of charge of the battery as a percentage unit.  Though I have to keep record next time.  I know that after the dinner, and not too much wine, the car had recharged to the full, so that I could return the car the next day properly.  Thank you to Renault Austria. 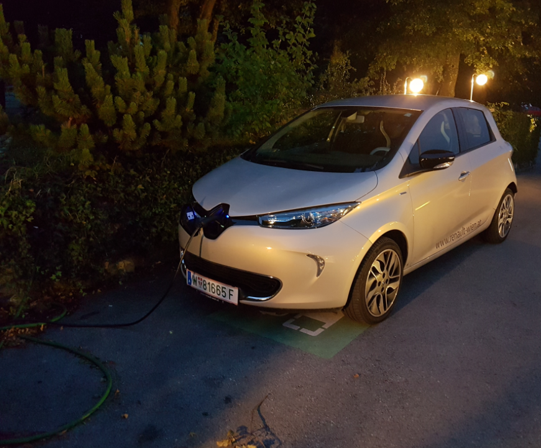 On another occasion, I hope to test the Renault ZOE again, but will take it for a longer distance and try to plan in sensible stops for charging.

Link to the electric cars that I have driven, sofar.